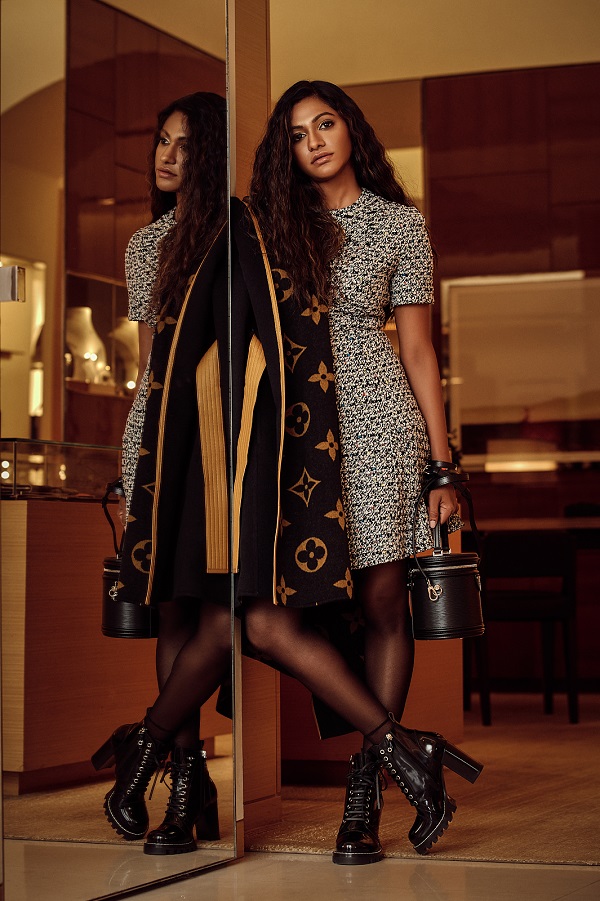 Eshaa Amiin’s fabulous sense of style reflects through her work as seen on some of the best names in Bollywood as a stylist to stars like Karisma Kapoor,  Saif Ali Khan, jahnvi  Kapoor, Khushi Kapoor, Pooja Hegde, Bipasha Basu, Chitrangada Singh, and many more for appearances, endorsements, films and editorials. Some of her most talked about campaigns are Mr Amitabh Bachchan for first cry and the late Mrs Sridevi for Ching’s . Styled Editorial covers for Filmfare, Forbes, The Man, Femina, Stardust, Exhibit  etc . And Movies like Singh is bliing with Akshay Kumar and Amy Jackson ,Aadat with bipasha Basu Also Costumes for lead actress in three south films Manithan, bogan and Pokriraja.

She has been The Fashion Director for Miss India Organisation for a few seasons. The only Indian stylist featured in PETA’s vegan fashion campaign. Also been the Face of palladium’s Stylista and seen on Flipkart’s ask the expert videos, she is also a master stylist for Myntra insider. Her styling Masterclasses are popular amongst luxury fashion giants  like Louis Vuitton & palladium And many others in India and internationally Eshaa Fashion directed & featured in a webseries “the bonified bride” on TLC discovery a show on brides’ & their journey to look impeccable on their wedding day, now on Netflix as ‘passion panache pep’.

With a keen eye for trends she founded her style consultancy– The Style Elevator for styling for luxury Indian weddings, day to day styling-wardrobe management, personal shopping, style analysis and virtual style tips, styling & design consultation services for designers for their  fashion shows and campaigns. Awarded The entrepreneur for innovation in fashion styling at the Hindustan times powered tassel awards 2019. Her strong relations with designers both Indian and International with an understanding of various cultures led to her curating successful luxury trunk shows  in various cities in  India ,also Dubai and South Africa her curation are known to have an interesting mix of designers to look forward to.

With a keen eye for trends, strong relations with designers (Indian and International) she’s been offering at her consultancy firm- The Style Elevator style/design services to brands and luxury wedding styling and high profile wardrobe management for famous families